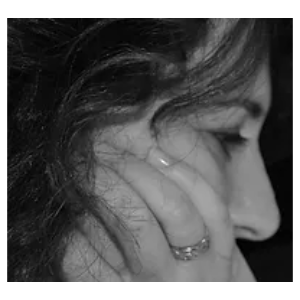 Gaby Anderson is a first generation Hungarian-Canadian, born in Montreal, Quebec. When she was a year old, her family moved to New Jersey, then Paris, back to Canada, and finally to the U.S. where she's lived ever since.

Her first memory of writing is from elementary school. After getting into a fight with a friend, she composed a story about turning her into a potato. Eventually the two made up, but the spark was lit, and a writer was born.

After college, her dad read a short story she'd written.

His response was, "You're no Shakespeare, but keep going."

Gaby has worked in the restaurant industry, commercial and group travel, private aviation, and pharmaceutical instrumentation. She currently works in behavioral health management.

Her husband calls her a Renaissance Woman with mad-skills.

This means she can catch a softball with one hand while holding a giant turkey leg with the other.

I love this book. The pain and humor that runs through every page. This young woman has been through so much, yet she pushes on the only way she can. With an attitude, intelligence and enough snark to rule the world. I just love her.